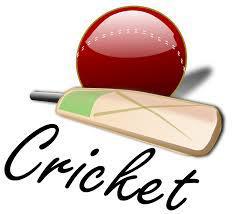 Last week Clockhouse took a team to the Boys Cricket Tournament at Rainham Cricket Club. The tournament was played using the Dynamo format which suited the well organised Clockhouse team who were strong with the bat throughout the day.
First game saw Clocks play Scargill. A strong and confident performance in the field limited Scargill to 80 for 4. Clockhouse then scored well with the bat reaching 149-1 and taking the victory. Alex C and Lewis C raising a half centuray of runs between them.
Next Clockhouse faced eventual winners Nelmes. The Nelmes fielding was of a high standard and it frustrated the Clockhouse batters who scored 73 runs. The Clockhouse team looked a little sloppy in the field and ultimately this proved the difference as Nelmes hit a game winning 98. A rare maiden over bowled by Issac T was a highlight!
Lastly Clocks faced a Gidea Park side with a young potential England bowler in their squad. Despite this Clocks reached 103 without loss. In response Clockhouse held strong in the field with a coupke of good catches. Gidea Park scoring 81-3.
Mr Yarrow said 'this was a great performance from a side that hadn't played together before. They were the highest scoring side at the competition and had moments of great teamwork when fielding. It would be great to get some cricket fixtures before the end of the year. Well done team! Thank you to the parents that not only transported the children but stayed in the sunshine and supported the team. Next week the girls are in action I wish them the best of luck!'
SQUAD: Alex C, Lewis C, Tristan O, Issac T, Ariz A, Ayaan J, Hamza S and Finn N
PLAYER OF THE TOURNAMENT: Issac T

Fun in the sun for boys at Havering cricket tournament!

In glorious weather Clockhouse took their boys cricket team to the Havering tournament.
A fairly inexperienced team started strongly against a good Scotts team. Clockhouse scoring 255 for 2 wickets while Scotts managed a respectable 239 for 3.
Next up the boys met St Joseph's. A fairly event contest changed in one over as Clockhouse lost a couple of crucial wickets. Clocks scoring 246 for 2 whilst St Joseph's picked up the win with 258 for 3.
Clockhouse now faced Nelmes and were outplayed scoring just 205 for 3 whilst Nelmes managed 245 for 5.
Next up for Clocks was a nail biting encounter aginst Brady with both teams showing moments of brilliance in the field, with the game going down to the final ball. Clockhouse losing narrowly with a score of 256 for 4 while Brady managed 259 for 3.
Clockhouse then met Dame Tipping after lunch. Another impressive display in the field allowed Clockhouse to get back to winning ways, scoring 249 for 5 whilst Dame Tiping could only manage 235 for 6. Lots of catches from the fielders being the difference between the schools.
Lastly a fatigued Clockhouse met St Peters going down with a score of 221 for 8 whilst St Peters managed 239 for 4.
After the tournament Mr Yarrow said the following 'Due to the short term we did not have much of a chance to prepare for this tournament but you would not of known considering how quickly the boys picked up a good understanding. I was particularly impressed with the organisation when fielding, Jake L seemed to be everywhere.
We had an open trial to select our side, there was some good cricketers that came to trials but we tried to pick the best all rounders which was not an easy process as we left some good players behind. That being said this is a very young team and I look forward to seeing how they will do next year now half of the squad have experience. The year six children selected added a lot of composure and tactical awareness. I am inpressed with everyone involved I hope they enjoyed the day.
Thank you to all parents for supporting and transporting. We really are lucky to have you!'
SQUAD: Morgan N (c), Hayden M, Zach C-S, Jake L, James P, Teddy F, Charlie B, Ben C and Jamie S
PLAYER OF THE TOURNAMENT: Jake L

This afternoon children from Year 3 and 4 took part in a Rapid Cricket Festival at Rainham Cricket Club.

Some of the children taking part had very little cricket experience but after overcoming some early nerves the children selected grew in confidence and worked hard as a team.

In the first game Clockhouse played La Salette both teams spent a bit of time trying different ideas and getting to grips with the cricket variation. Clockhouse losing narrowly 62 - 71.

Next up Clockhouse met Parsonage Farm. Again a very evenly matched encounter with Clockhouse picking up the victory 87 - 81.

Clockhouse were now due to meet undefeated Rise Park. A great cricket contest with both teams playing some great shots and Harry H plucking a lovely catch out of the air. The game was again very evenly contested, Rise Park just edging the game 69-80.

Last up Clockhouse were due to play St Joseph's but sadly they were unable to fulfill the fixture.

Mr Yarrow commented on the day saying 'Taking children out like today's eight was a pleasure! Development and future planning was definitely at the forefront of the plan. Having said that the children had fun and grew in confidence as the festival went on.

Most school had a 6-2 split with 6 boys, we went the other way and had 6 girls to help promote girls extra curricular participation and this paid off today with many of the girls asking to join cricket club.

The afternoon was enjoyable for all involved, the children could not of been better role models to the school with teachers from other schools commenting on the pupils ability to work as a team. Well done to you all, as always I'm very proud!

Thank you to all relatives for transporting and supporting the team. Your support is so so valuable!'

Clockhouse played three games on the day winning one, loosing one, and drawing one. First up was Walthamstow - Greenleaf School. Clockhouse had a solid performance with the bat but struggled in the field ending up with a 264 draw.

Next up the Clockhouse played eventual finalists Kingston - St Marys. Despite a great performance Clockhouse were unable to win mainly thanks to the bowling of the Kingston girls.

Now unable to qualify from the group stages Clockhouse met Ealing - Little Ealing School. Clockhouse put in a great performance in the field picking up a constant flow of wickets and equally found the boundary frequently while batting. Clocks Glided to a 37 run victory.

Mr Yarrow said 'The school has never been to the youth games for cricket before. This is a massive success and I hope these girls realise the level of what they have achieved. We went to the Havering tournament and didn't really understand how good we were. We knew coming to the London Youth Games required a big step up and I couldn't ask for more from the girls in their dedication to extra training. On that note I would like to thank Miss Cason and Ardleigh Green Cricket Club for giving up time and investing into the girls. Every girl improved her cricketing ability and did the school proud. Thank you and ejoy the memroies I am proud of you all!'

Miss Cason said 'It is great to see the girls understanding of cricket has come on so much. They have improved their cricket skills especially bowling. The girls had a great day and represented the school amazingly. I hope they enjoy their t-shirts & ice cream!' 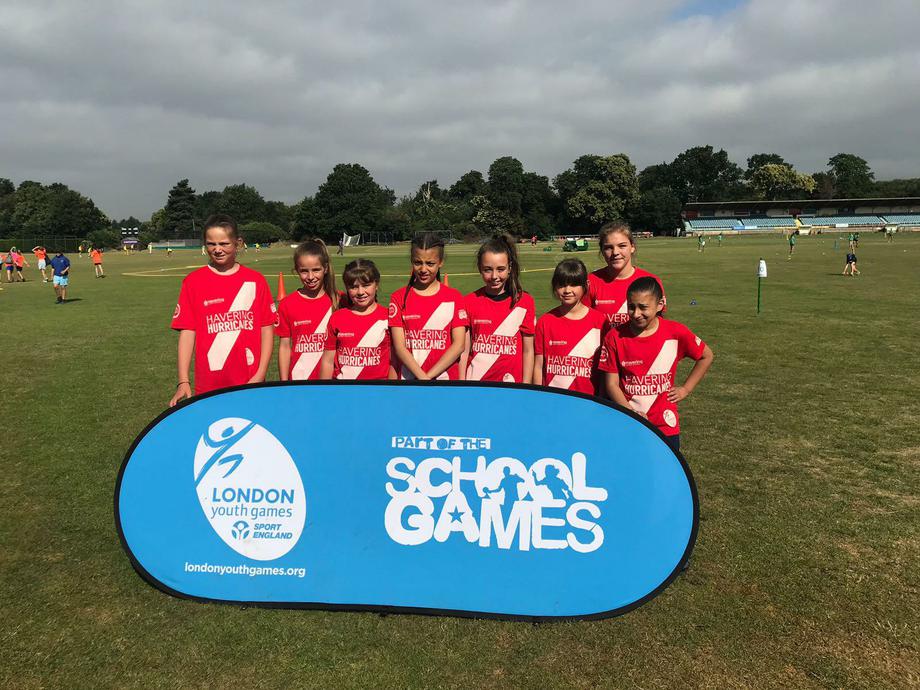 Clockhouse entered both their boys and girls sides into the Havering Cricket Tournaments. First up was the boys, with minimal experience in the side the boys managed to reach the quarter finals loosing to a very experienced Oakfield's side made up of hard ball cricketers. On route to the quarter-finals Clockhouse played some great cricket beating St Edwards with a score of 212 for 6 compared to St Edwards posting 206 for 7, Harold Court managed a total of 237 for 5 but were also beaten by the Clockhouse boys who pitched an impressive 265 for 1. Clockhouse the faced Newtons and batted well to win with a score of 288 for 1 compared to 238 for 1 an impressive margin of victory. Clockhouse's final opponent was Elm Park who scored 241 for 4 but were again beaten by a strong Clockhouse batting performance with a score of 275 for 2.

A great achievement considering the boys had minimal practice in preparation for the event.

The girls were next up to represent the school and just like the boys they managed to win their group stages a close up encounter with Nelmes, Clockhouse girls winning by 9 runs after some final ball dramatics. Clockhouse then outscored Langtons by 26 runs to win. Clockhouse then scored 291 without a lost wicket to beat Branfil. Clockhouse again batted well in their final group game posting a score of 288 again without loss to beat St Marys who scored just 223 for 5. In the semi-final Clockhouse met Engayne who are a well established cricket school. A great game finished with Clockhouse winning by 18 runs, both teams only loosing one wicket. In the final Clockhouse met a well drilled James Oglethorpe side who were devastating with the bat and despite some great fielding efforts Clockhouse finished runners up. Despite being a runner up Clockhouse go on to represent Havering at the London Youth Games.

Upon reflection Mr Yarrow said 'I want to praise both the boys and girls that represented the school. Both sides had minimal practise in preparation and to reach the quart final and final was great achievements. The boys were unlucky to come up against a school that regularly plays hard ball cricket and the girls were great to reach the final was a pleasant surprise but it just goes to show what you can do if you believe in yourself!'

The school will represent the whole of Havering at the London Youth Games event in Richmond tomorrow. WELL DONE TEAM CLOCKHOUSE!